Susan Sontag foresees ruins as the result of actions and as the ultimate result of everything pictured by photography. “Many buildings, and not only Parthenon, probably look better as ruins.” Photographs themselves are mementos of what is passing, and thus the representation of debris of a disappeared moment.

In Proximity of Ruins: the Generative Potential of Deteriorating Space and Utopian Visions. Presentation at the New Directions in Anthropology,  April 8, 2017, UT Austin: audio 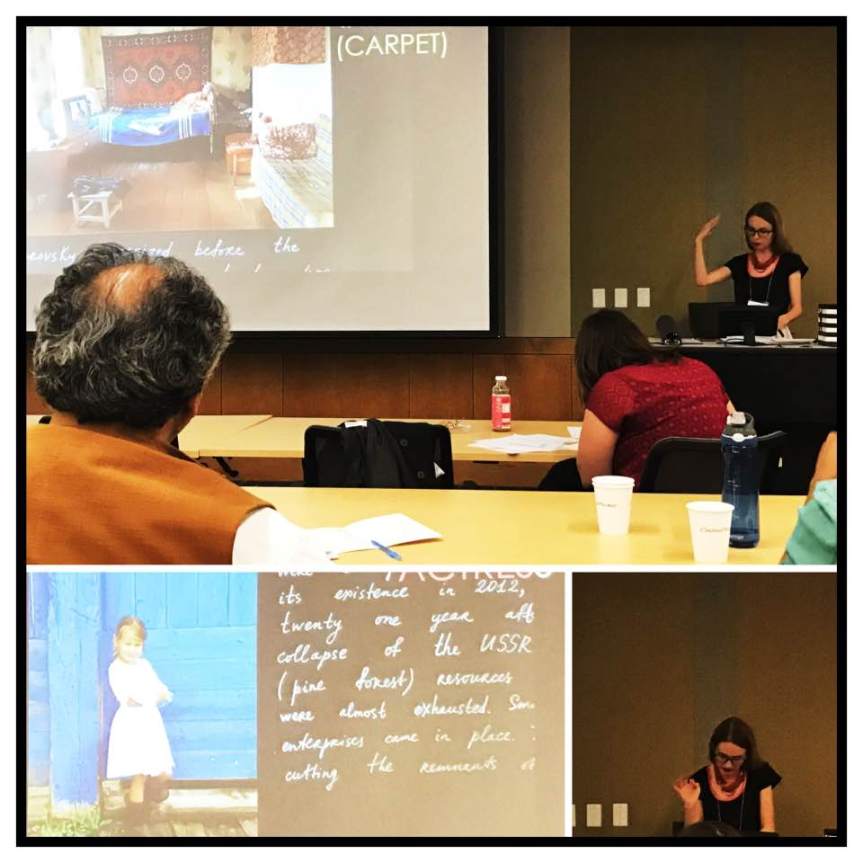 Visual material of my presentation (Academia.edu)

Max Pensky analyzes “urbicide” of the European cities in the Second World War and the way urbicide was reflected in thinking of three key successive cultural figures: Heidegger, Benjamin, and Sebald. For Heidegger, it is a project of “re-pastoralization of Germany’s shattered cities,” Benjamin wrests “the power of the image of the ruin from the experience of the big city,” and Sebald seeks “to recuperate a discourse of the ruin as site of moral catechism.”

In Sebald’s novel which verges on the border of fiction and nonfiction, the person named Austerlitz appears and reappears in connection to a desperate attempt to grasp the meaning of German concentration camps as perceived by relatives of victims. For Sebald, ruins are allegory of being. From fascination with abandonment and depopulated landscape to mental reconstruction of the stories based on their subtle traces, Sebald is engrossed with the idea of ruination in its historic and mnemonic dimensions.